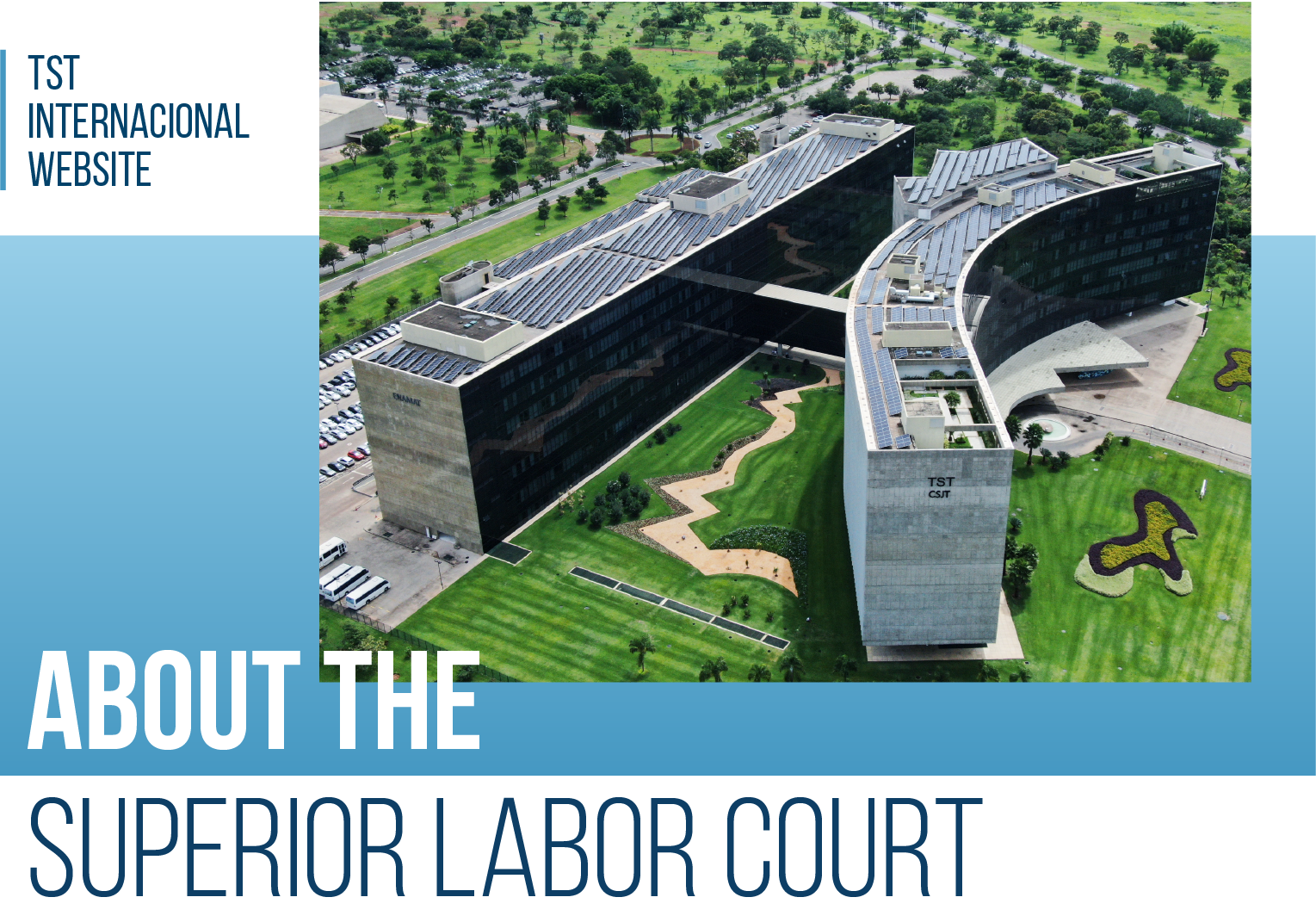 Superior Labor Court is composed of 27 Justices, with seat in the Federal Capital, Brasília (Federal District) and jurisdiction over the entire national territory. It is the highest instance in the Brazilian Labor Court System, under the terms of article 111, I, of the 1988 Federal Constitution, its primary function is to standardize the brazilian labor jurisprudence.

The Superior Labor Court consists of a Judge President; a Vice President and a Inspector General.

Direction of The Superior Labor Court for the 2018/2020 bienium:

In order to develop the jurisdictional function, the Court operates through the following divisions: